A Wonderful Dinner at the Jackrabbit Restaurant in Chipping Campden. 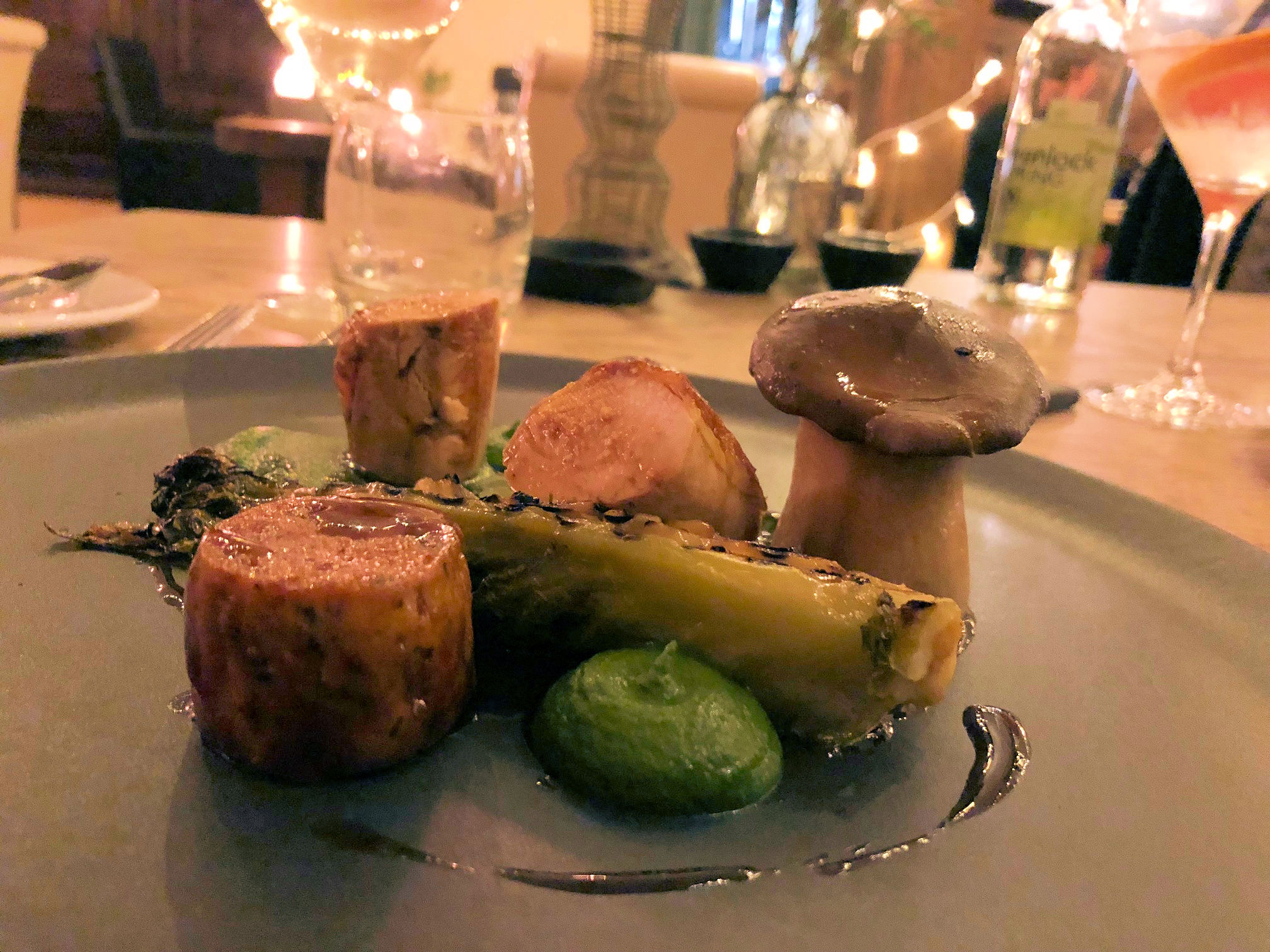 Last night we had the pleasure of dining at the ‘Jackrabbit Restaurant’ at The King’s Hotel in Chipping Campden. We’ve been before, so knew we were in for a wonderful treat, but this was the first time with the new Head Chef Greg Newman in charge, so we were really looking forward to it.

A New Head Chef at The King’s

We had the great pleasure of meeting Greg Newman, the incredibly talented Head Chef at The King’s. Greg came and sat down with us for a bit, chatted about his vision for the restaurant and even a bit about the upcoming Battle of Eden where he will be battling the 7 other Head Chefs in the Eden Hotel Collection.

A Cotswolds Drink to Start

Our evening started with a nice drink in the bar, and what better pre-dinner drink on a night out in the Cotswolds than a nice Cotswolds Distillery G&T with ice and grapefruit. Delicious, refreshing and a great start to a great evening.

Now, the only difficult part of this wonderful evening was choosing the dishes on the great menu Greg had put together. We ended up choosing some incredible dishes:

Still the Best Place for Hygge

In the last couple of years, the Danish concept of HYGGE has found its way into this country, but being Danish, this was not a foreign concept to me so even before it became a “thing” for everybody else, I was always saying that the restaurant at The King’s Hotel in Chipping Campden epitomises HYGGE IN THE COTSWOLDS… and it still does. It’s the dimmed lighting, the lovely music, the fairy lights and the way each table is a little oasis of calm… I love it!

Good luck at the Battle of Eden at Bovey Castle on the 17th of March to Greg, Arvind and Team King’s, we’ll be cheering you on from the Cotswolds on Twitter.

There’s an amazing Italian in the Cotswolds

The sign outside of this wonderful eatery says “The Butcher’s Social - Bar & Restaurant”. ....

"Today was your typical cold and wet October Sunday so the kids and I did the only thing that made s....

Growing up with a twin brother, you have some great times, you're never alone, never bored at home a....

…and a collection of stones, three gardens, two playgrounds and one tower.   The Cotswolds is one of the UK’s official ‘Areas of Outstanding Natural Beauty’ and visitors and tourists come from all over the World to visit the picturesque villages, the stunning countryside and... END_OF_DOCUMENT_TOKEN_TO_BE_REPLACED

We have some completely wonderful and fabulous shops in the Cotswolds. Shopping for local produce, products made in the Cotswolds and trendy homewares and clothes, you can find it all right here, wrapped up in the loveliest shopping experience.     Shop Your Heart Out... END_OF_DOCUMENT_TOKEN_TO_BE_REPLACED